Imagination put itself up for sale in June after Apple, its largest customer, said it would stop using its products.

The boss of Imagination, Andrew Heath, said the takeover by China-backed Canyon Bridge was a "very good outcome" and would ensure it remained in the UK.

It becomes the latest UK chip designer to be bought by a foreign investor.

Last year, ARM, which designs microchip technology used in Apple and Samsung smartphones, was bought by Japan's Softbank for £24bn.

The firm said it currently has no plans to cut jobs at Hertfordshire-based Imagination after the takeover.

Ray Bingham, a partner at Canyon Bridge, said: "We are investing in UK talent and expertise in order to accelerate the expansion of Imagination, particularly into Asia, where its technology platform will lead the continued globalisation of British-developed innovation."

Imagination saw its shares halve in value when Apple said in April that it would end a deal to use its products.

The two firms are still engaged in a dispute over the move - with Imagination questioning Apple's "assertions" that it would be able to develop its own computer chip designs without breaching Imagination's intellectual property rights.

Apple's royalty payments for the chip technology, used in its iPhones, iPads and iPods, accounted for about half of Imagination's revenues. 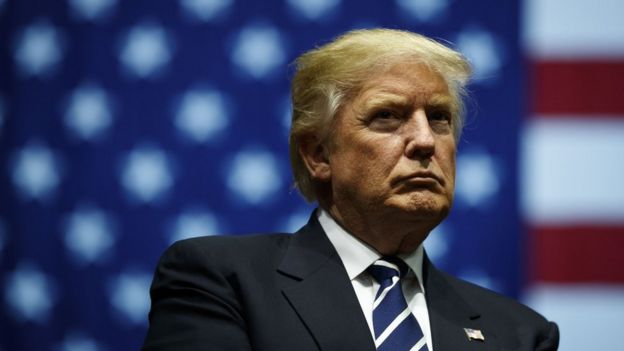 The Trump administration blocked Canyon Bridge's attempts to buy a US tech firmMr Heath said: "Imagination has made excellent progress both operationally and financially over the last 18 months until Apple's unsubstantiated assertions and the subsequent dispute forced us to change course.

"The acquisition will ensure that Imagination - with its strong growth prospects - remains an independent IP licensing business, based in the UK, but operating around the world."

It is not Canyon Bridge's first deal for a Western tech company.

The firm is seeking approval for a $1.3bn deal to buy US chipmaker Lattice Semiconductor.

McDonald's gave up on winning the 2 biggest battles in fast...

The U.S., Canada and Mexico are buying more job-killing...

Robots are coming to a burger joint near you

How North Korea Could Start a War With America Right Now