Washington (CNN)Revised US military options for North Korea have been prepared and are ready to be presented to President Donald Trump, two US military officials told CNN.

The options, which include a military response, will be presented to the president if Pyongyang conducts an underground nuclear or ballistic missile test that indicates the regime has made significant progress towards developing a weapon that could attack the US, they said. 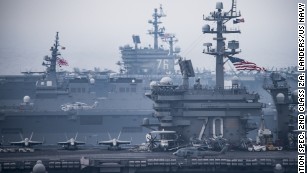 As US military flexes, North Korea marches toward nuclear capability

"What we have to do is prepare all options because the President has made clear to us that he will not accept a nuclear power in North Korea and a threat that can target the United States and target the American population," McMaster said during remarks at a Washington think tank.

A day ahead of the visit to Washington by South Korean President Moon, McMaster told a group of defense stakeholders that South Koreans were being "held hostage" by the North Korean regime. 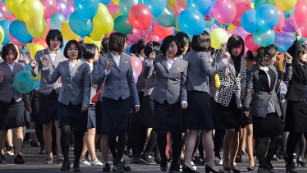 What it's really like to be inside North Korea 01:40

"The threat is much more immediate now. We can't repeat the same failed approach of the past," McMaster said. "The President has directed us to not do that and to prepare a range of options, including a military option, which nobody wants to take."

McMaster said Moon's visit would include discussions on a new approach to North Korea.

"There's recognition that there has to be more pressure on the regime. I think what you'll see in coming days and weeks are efforts to do that," McMaster said.

Other members of the President's national security team have also spoken about Trump's concerns over North Korea.

"I hardly ever escape a day at the White House without the President asking me about North Korea and how it is that the United States is responding to that threat," CIA Director Mike Pompeo told MSNBC's Hugh Hewitt this past weekend. "It's very much at the top of his mind." 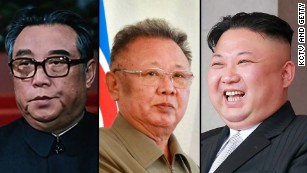 How the Kim dynasty has shaped North Korea 01:25

"The North Korean regime is causing tremendous problems and is something that has to be dealt with, and probably dealt with rapidly," he said.

A defense official said the US is particularly concerned by North Korea's increased ability to hide its testing from the US until the last minute. This gives the US little warning if a missile or nuclear test is about to happen.

While this has worried the US for some time, especially as they move to solid fueled missiles, the official said the North Koreans continue to make advances in their ability to hide their actions from the US. For example, they are able to quickly drive missiles out of underground shelters and fire them, giving US satellites little or no time to observe pre-launch activities. 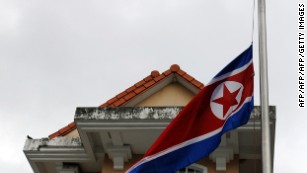 They are also diversifying the number of sites from which they launch missiles.

US Ambassador to the United Nations Nikki Haley warned lawmakers on Wednesday that the North Korea's missile program may be advancing ahead of previous estimates that put Kim Jong Un's unpredictable regime three to five years away from achieving its ambition of being able to deliver a nuclear weapon to the US.

"You are more optimistic saying it is multiple years before an ICBM (intercontinental ballistic missile) comes forward," she said while testifying before the House Foreign Affairs Committee. "I think it's going to happen sooner, because they are on target to do that."

Every test of a missile or a nuclear device is being closely evaluated to determine if it significantly increases North Korea's capability. But a US preemptive attack continues to be highly problematic option because the Pentagon has long believed North Korea would in turn attack South Korea. 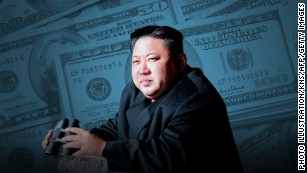 The reliance on China to pressure North Korea diplomatically continues but if Pyongyang conducts another underground test, the US may decide that the strategy is not working.

"All options" are on the table if a test happens, one military official emphasized, while underscoring the hope that diplomatic pressure works.

In a recent exchange with Sen. Lindsay Graham on Capitol Hill, Defense Secretary James Mattis took an unusually specific stand on US military policy. Graham asked: "Is it the policy of the Trump administration to deny North Korea the capability of building an ICBM that can hit the American homeland with a nuclear weapon on top? Is that the policy?"

Did Kathy Griffin break the law with her photo of a...

With threat 'very high', France set to extend state of...

Stop-Loss an Option for Air Force to Keep Departing Pilots

In standoff with North Korea, the U.S. keeps deployment of...