A conservative columnist who was suspended by the St. Louis Post-Dispatch after she defended the National Rifle Association from comparisons to ISIS fired back with her resignation and a series of targeted tweets.

The newspaper on Friday suspended Stacy Washington after a column entitled “Guns and the Media” disputed an anti-NRA article that argued since more Americans die from guns than from ISIS, the Second Amendment advocacy group is the greater danger.

“[W]hen has a member of the NRA ever decapitated, set on fire, tossed from a rooftop or otherwise terrorized another American? The linkage is not only rife with improper context; it is false on its face,” Washington wrote in her column, which also decried the lack of conservatives in U.S. newsrooms. “This failure to represent the opposing, especially conservative, view is an increasingly apparent deficit in the news reporting apparatus in our country.”

The St. Louis Post-Dispatch asserts that Washington was not suspended for the views expressed in her column, but for failing to disclose her promotional work and professional affiliation with the NRA. Washington has appeared several times as a co-host and commentator on “Cam & Company” on NRA TV and contributed to an NRA documentary in August 2016. However, she has never been paid by the NRA.

“Her active promotional activities and professional association with the National Rifle Association represented an unacceptable conflict of interest in her most recent column, which resulted in our suspension of her work,” Tod Robberson, the Post-Dispatch’s editorial page editor, wrote in a response to Washington’s suspension and quitting.

Robberson added: “Columnists are expected to fully disclose conflicts of interest when writing about topics where such a conflict might arise. We apply this standard regardless of the lobbying or advocacy group being written about in a column.”

Following her suspension last Friday, Washington mounted a Twitter broadside at her Post-Dispatch editors, insisting she is not a paid “shill” for the NRA and noting the irony of a column calling out the lack of conservatives in the mainstream media getting a conservative suspended from a mainstream newspaper. 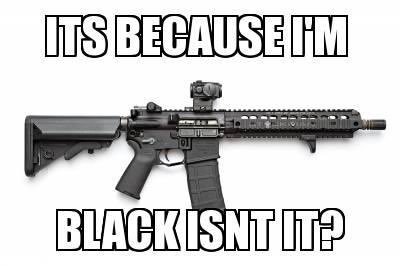 My column on the @NRA being nothing like ISIS got me suspended from @stltoday....
#SOTR

“I’m not ashamed that I’m an NRA supporter, a Bible-thumper, that I love Jesus Christ. I’m all the way out there. There’s nothing else that I can do to articulate my perspective any more clearly on where I stand.”

Columnist who defended NRA quits after being suspended

Amazon's Delivery Drones Could Take Off from Beehive-Like...

US Task Force are scheduled to begin a series of exercises...

To Augusta-Richmond and Columbia Counties