“Happy Days” actress Erin Moran has passed away at the age of 56, CBS News has confirmed.

Around 4:07 p.m. Harrison County dispatch in Corydon, Indiana, received a 911 call for an unresponsive female.

An autopsy is pending and further details are not available at the time. 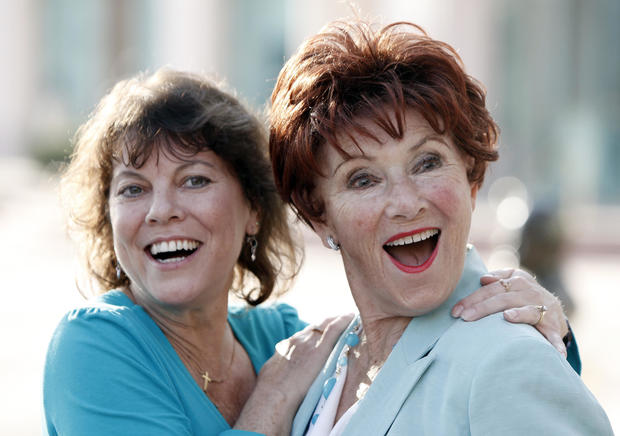 Actresses Erin Moran, left, and Marion Ross pose together at the Academy of Television Arts and Sciences’ “A Father’s Day Salute to TV Dads” in the North Hollywood section of Los Angeles on Thu., June 18, 2009.

Bond denied for Williamsburg man accused of lying to the...

US Troops Just Scored Their Largest Pay Raise In Nearly A...

Man loses 100 pounds in a year, assisted by donated fitness...