The relocation comes in response to a negotiated mitigation with the U.S. Fish and Wildlife Service, based upon a biological opinion offered to the Corps for the base expansion. Trucks, biologists and a helicopter began the effort on the base in southern California’s Mojave Desert earlier this month.

During the two-week-long translocation process, biologists will locate the roughly 1,100 tortoises, assess them for health concerns and disease and then carefully relocate them to their new homes. Animals that are too small for translocation will be temporarily relocated to the Combat Center’s Tortoise Research and Captive Rearing Site. There they will be safe until large enough to be released without fear of harm from predators. 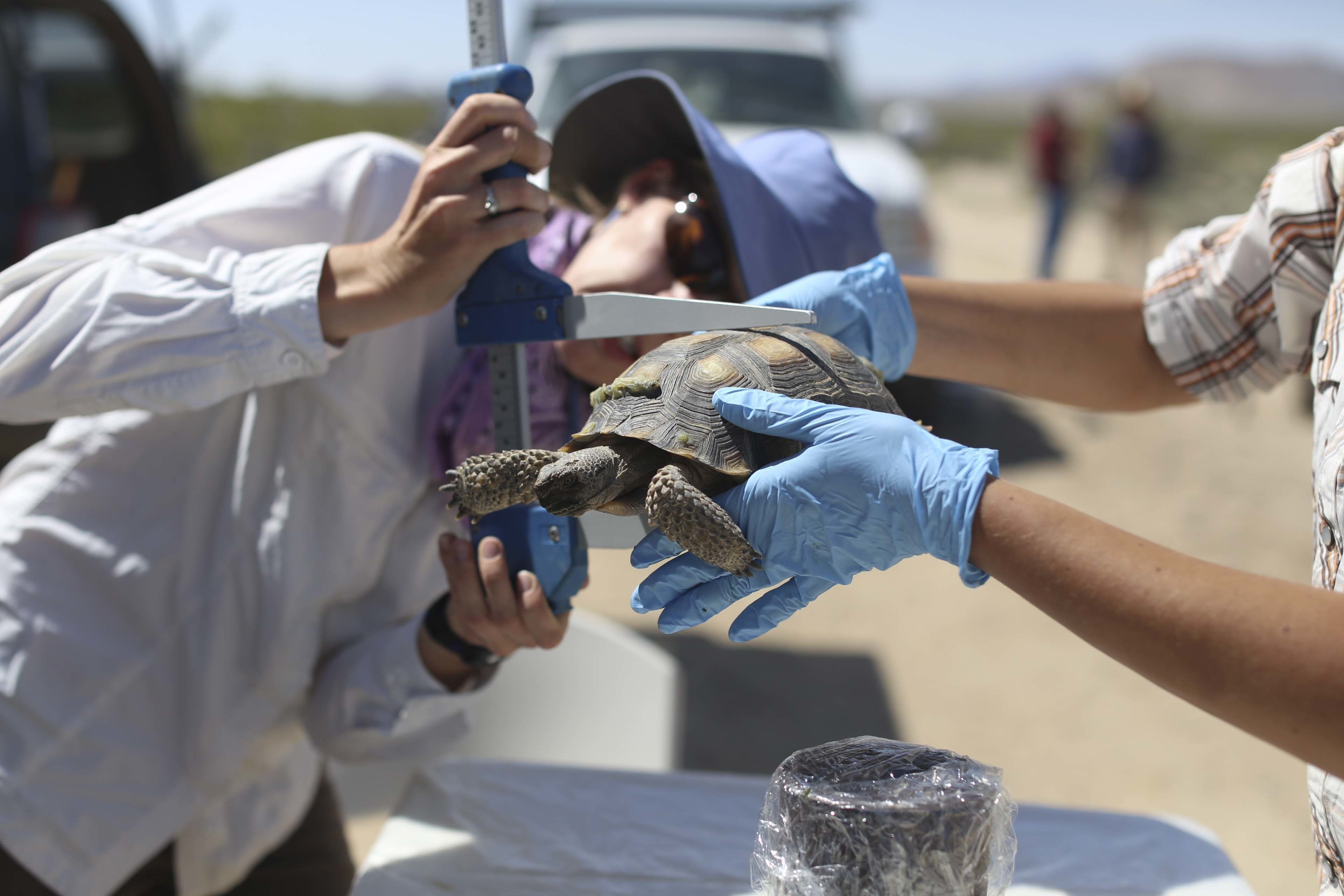 “This effort has entailed almost four years’ worth of surveys, with the environmental analysis dating back to 2008,” said Marine Corps Lt. Col. Timothy Pochop, the director of NREA at Twentynine Palms. “These surveys included health assessments, identifying all the animals [within the translocation] areas, placing radio transmitters on [the tortoises] and determining suitable locations in which to distribute them, to ensure survivorship and assimilation,” he added.

The tortoises will be monitored for at least 30 years after the translocation.

“During the first five to 10 years, we will have 675 animals that we are tracking via radio almost every week during the active season and monthly during the winter in order to monitor their health, survivorship and some reproductive status,” said Brian Henen, the base ecologist. “After that initial time frame we’ll narrow it down to 50 animals in each of the groups but those first years will be the most critical time to figure out how well the tortoises are doing and how well they settle,” he added.

The base expansion will enable the Marine Corps to conduct large-scale exercise training with up to a Marine Expeditionary Brigade-sized force. In 2006, the Marines adopted new specifications for large-scale training exercises at the Combat Center, according to DoD.

The desert combat center allows for exercises involving infantry battalions, with live fire and air support. Prior to the expanded role of Twentynine Palms, Marines had to rely on simulations and classroom lessons as their only major preparation for large-scale combat. The combat center became a pre-deployment training facility for Marines deploying to Iraq and Afghanistan.

How Does the VA Rate and Pay Veterans Disabilities?

How to Avoid Stress When You’re Moving